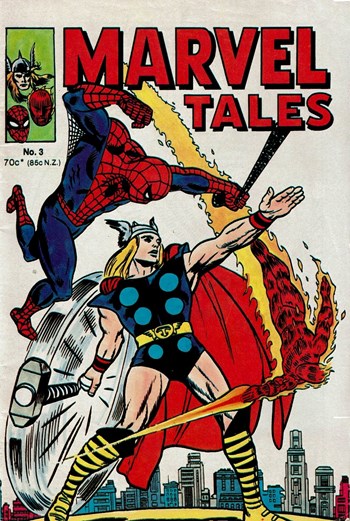 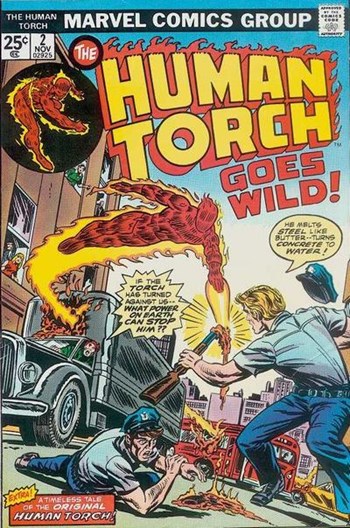 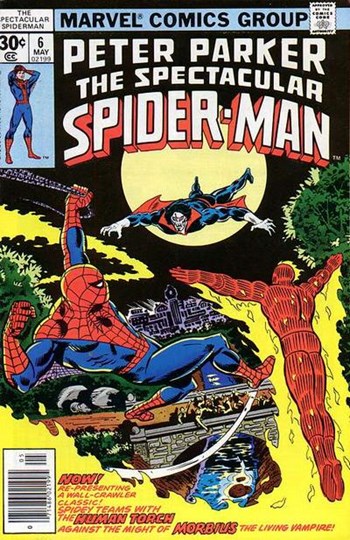 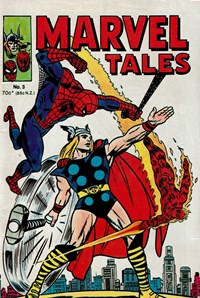 1 The Return of the Vulture (Spider-Man) Comic story, 21 pages

Adrian Toomes breaks out of prison and goes on a crime spree, and ends up battling Spider-Man in the skies above New York.

As a crowd of theatre-goers watch a newsreel about Johnny (showing his adventure against The Destroyer), one in the crowd, The Wizard, thinks it would be a great challenge to match his skills against The Torch. The Wizard considers himself the world's greatest brain. He's designed an ultra-modern home, created inventions that have brought him fame and fortune, solved "impossible" puzzles, beaten chess champions & calculating robots, and even been a master escape artist. He sees beating Johnny as somehow "the ultimate achievement", and tricks Johnny into rescuing him when a digging machine he's trying out appeares to go wrong. Showing off his home in gratitude, he suddenly douses Johnny with flame-retarding chemicals!

The Wizard makes Johnny a prisoner, and with a special suit, impersonates him, commits a bank robbery, performs a mass jail-break, extorts money from commuters on a bridge, all to make The Torch appear a criminal, and "prove" that he is superior to him. "You must have flipped your cork!" says Johnny. (I'll say!) Later, The Wizard shows Johnny photos that prove he committed the crimes Johnny appears guilty of, but as Johnny won't kill an unarmed man, he'll have no choice but to watch as The Wizard burns the evidence. But the photos fly from The Wizard's hands on their own, and Johnny calls the police, turning over the pics and the Wizard. After they leave, we find he beat the Wizard with help-- from his sister!

Part 2 of 2. With so much going for him, the only explanation for The Wizard turning to crime is what Johnny suggested-- he's nuts! Next appearance in Strange Tales #105 (February 1963).

4 On the Trail of Tomorrow Man! (Thor the Mighty) Comic story, 13 pages

Zarrko of the year 2262 goes back in time and steals a cobalt bomb in 1962, but Thor chases him forward in time and defeats him.

This story is divided into two parts: an unmarked first part (5 pp) and part two—"Flight to the Future" (8 pp). The Tomorrow Man next appears in issue #101 (February 1964). Job number not listed in comic, came from the splash page of the original art.

5 The Vengeance of the Scarlet Beetle! (Ant-Man) Comic story, 10 pages

Ant-Man fights a beetle made super-intelligent by radiation. It uses Ant-Man's growth gas to become giant, but he is able to defeat it.