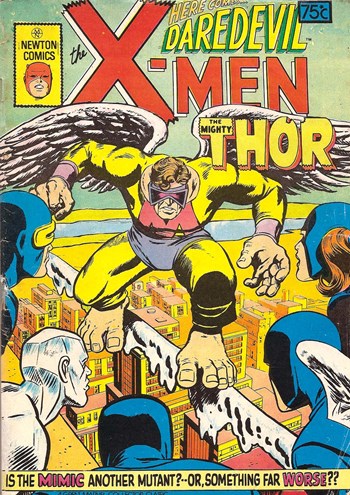 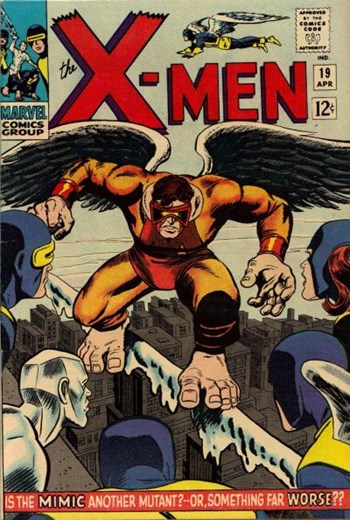 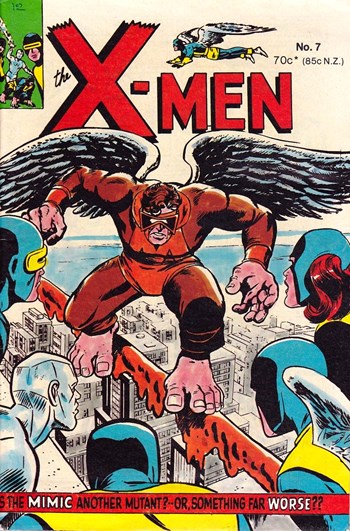 "Is the Mimic another mutant? – Or, something far worse??"

Alterations on Mimic (wings and hands) by Marie Severin. 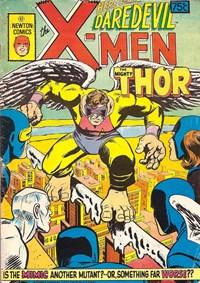 The X-Men are off to take a vacation when Bobby and Hank tussle with the mysterious Calvin Rankin who beats them by mimicking their powers; Calvin then has an encounter with Jean at a restaurant; Realizing he is dealing with the X-Men, Calvin follows Jean home and asks to join the X-Men; once he has absorbed all of their powers, however, he battles them and captures Jean; The team follows him to his secret hideout deep in an old mine where Mimic uses their combined powers to uncover a machine his father built that will allow him to keep the X-Men's combined powers for good; Realizing something at the last minute, Xavier allows Mimic to use the machine which doesn't givie him powers but, rather, strips his mimic powers away. 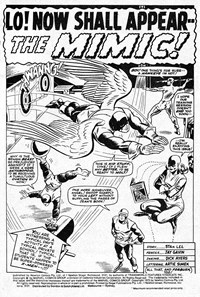 This story reveals how Professor X lost his legs

The Ox is convinced by his cellmate, Dr. Karl Stragg, that if the two can escape, the good doctor will make Ox smarter; Stragg double-crosses the Ox and switches bodies with the brute; DD tracks down the new and improved Ox only to defeat him permanently.

This is the only appearance of Ox II as he dies in the story.

4 There Shall Come a Gladiator! (Daredevil) Comic story, 20 pages

A burly costume store owner decides it is really the clothes that make the man and begins his career as the Gladiator; Foggy gets a Daredevil costume from Melvin who talks the tubby lawyer into setting up a staged super fight to impress Karen; Thinking his fight with Foggy will draw out the real DD, Gladiator goes after him for real and Matt has to take a hand in rescuing his friend; In the night and the fog, everyone assumes it is Foggy as Daredevil that beat the Gladiator back.

5 The Vengeance of the Thunder God (Thor) Comic story, 16 pages

Interior front cover and back covers are all color ads.