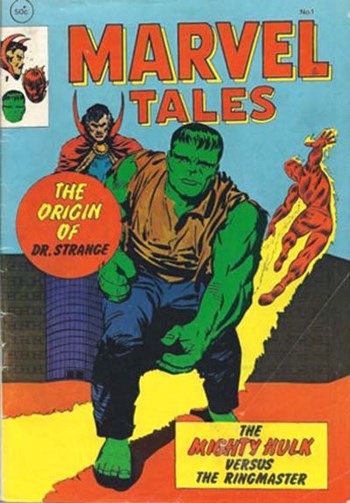 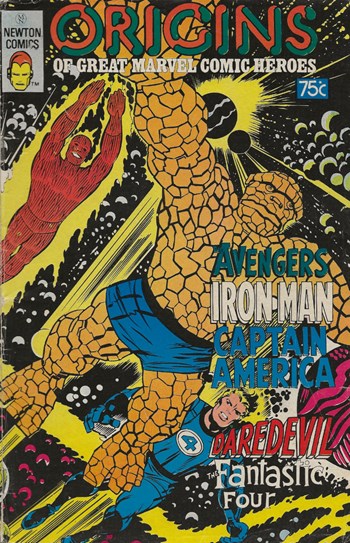 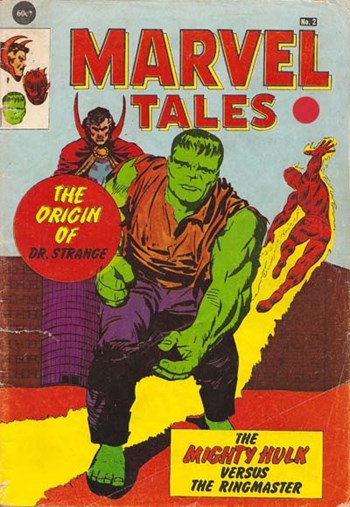 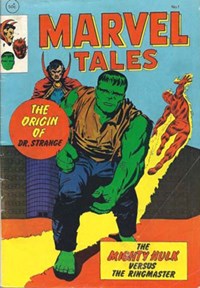 1 The Amazing Spider-Man [Only 35 cents] Promo (ad from the publisher), 1 page

Henry Pym becomes the costumed hero, Ant-Man! Official 1st installment of Ant-Man's series in Tales to Astonish. The previous story, from #27, was a one-shot.

Rick takes a break from his Hulk-sitting duties and goes to the circus; Unfortunately, he picks one run by a hypnotic criminal who mesmerizes his audience and then robs them; When the Hulk arrives to bail out his buddy, he is captured and made part of the act thanks to the fact that Rick is in thrall and cannot give him any commands; Rick returns with the FBI and the Hulk finds himself free to kick some circus tail.

At the The Ancient One's mountain home somewhere in the Himalayas (in India), Dr. Stephen Strange arrives seeking healing. The aged mystic discovers Strange was a surgeon who cared only for money, nothing for humanity until one day he was in a car crash, which damaged the nerves in his hands, destroying his career. Rather than become a consultant, he wasted his life and money seeking a cure, finally searching out possible occult means of restoring his talents. Because his motives are selfish, The Ancient One refuses to help, but suggests if Strange remain and study with him, he may find a cure on his own. Snowbound, he's left no choice but to remain. Before long, he discovers Baron Mordo, The Ancient One's disciple, is trying to kill his mentor thru mystic means, with the aid of some being named "Dormammu." Unable to warn The Ancient One because of a spell, he suddenly realizes the terrible dangers threatening all humanity and offers to become a disciple, whereupon The Ancient One reveals he knew of Mordo's spell, and evil intent, and has been keeping a watch over him. Now, with Strange as his new disciple, there's hope that Mordo may one day be stopped. Strange begins years of study to become a Master of the Mystic Arts!

In Glenville, Johnny lives with his sister Sue. While she's known as a member of the Fantastic Four, he tries to keep a low profile. We get to see the house, much of which is chemically fire-resistent, and equipped with various crime-fighting equipment. But even in the suburbs danger lurks, as someone called The Destroyer is hell-bent on wrecking a local amusement park nearing completion.