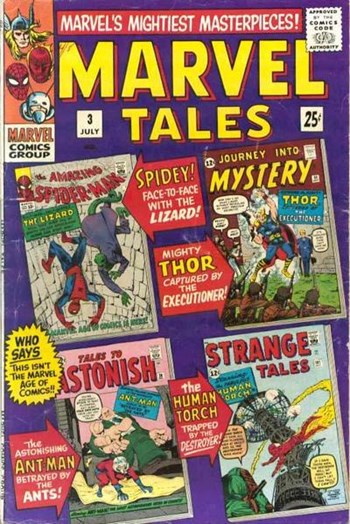 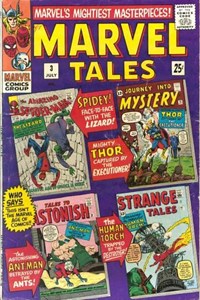 In Glenville, Johnny lives with his sister Sue. While she's known as a member of the Fantastic Four, he tries to keep a low profile. We get to see the house, much of which is chemically fire-resistent, and equipped with various crime-fighting equipment. But even in the suburbs danger lurks, as someone called The Destroyer is hell-bent on wrecking a local amusement park nearing completion.

Ben shows up, but Johnny refuses help, saying it's his fight. After another encounter with The Destroyer, Johnny gets a hunch when he realizes the targets so far have been the roller coaster and the parachute jump. Atop the coaster, he looks out to sea and spots a Commie sub! The Destroyer turns out to be Charles Stanton, publisher of the town's newspaper, who'd been smuggling info to the Reds until the building of the amusement park increased the risk that the submarine might been seen.

4 The Mighty Thor vs. The Executioner (Thor) Comic story, 13 pages