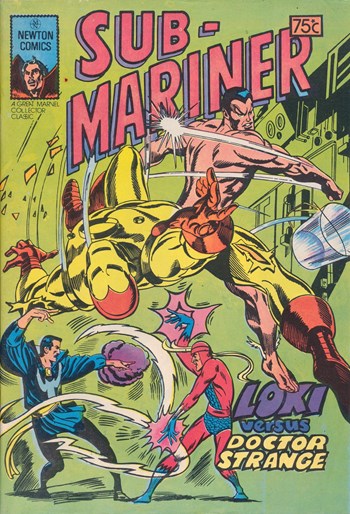 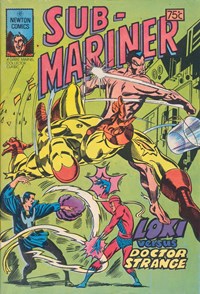 Namor battles the Behemoth with the fate of Atlantis hanging in the balance. Krang has Puppet Master build a puppet of the Behemoth so he can control the creature mentally. Even under Krang's control, Namor is able to beat the monster. Krang snatches victory from defeat, however, when he shows up in Atlantis and informs the Lady Dorma that he will use the puppet to bring the Behemoth back unless she agrees to marry him.

Namor is driven mad by the betrayal of Lady Dorma (she agreed to marry Krang last ish in order to protect the Sub-Mariner from the monstrous Behemoth). Dorma and Krang turn their skin to flesh color and head to the surface world to hide out.

Sensing sorcery, Strange finds a woman wandering the streets under a spell. After guiding her to his house, he consults his mentor. Strange travels into the past, though he's warned that if the candle employed in the spell expires he will be trapped there forever. In Ancient Egypt, he battles a wizard, Zota, and removes his power. Returning to the present the candle flickers out, but Strange uses the light from his amulet to guide him, barely making it back. Strange reveals the woman is Cleopatra, sent to the future when she scorned Zota. He sends her back to her waiting Mark Antony.

A frenzied Sub-Mariner attacks the weakened Iron Man in his lab. Iron Man tricks Subby into throwing him into a reinforced safe room where his is able to close the door and recharge his armor. Sub-Mariner is also in need of a recharge so he flies off to take a quick dip in the ocean. Meanwhile the police arrive at Stark Industries and accuse Iron Man of wanton damage. Pepper and Happy have turned up too. A refreshed Sub-Mariner prepares himself for round two!

6 Mordo Must Not Catch Me! Comic story, 10 pages

Three followers of Mordo attack Strange in his sanctum. After dispatching them, he uses the Eye of Agamotto and his amulet to contact his mentor, but to no avail! Mordo appears saying he's captured The Ancient One. In their ectoplasmic forms, a running battle begins that takes them halfway around the world, until Strange locates his mentor in a half-hidden jungle somewhere in Tibet. The battle continues, until the light of Strange's amulet forces Mordo to give in and free The Ancient One. With Mordo apparently beaten "for a long time," Strange heads back to NYC.

Namor and Iron Man beat up on each other. Namor abandons the battle when he spots the battle cruiser of Krang floating on the water nearby.

8 The Domain of the Dread Dormammu! Comic story, 10 pages

Bring on the Bad Guys: Origins of Marvel Comics Villains (Marvel, 1976 series) (1976) — The Domain of the Dread Dormammu!

Returning home after having beaten Mordo, Strange is suddenly whisked bodily to the side of The Ancient One. The Dread Dormammu, whose name has been spoken in the past, threatens to leave his dimension and come to Earth...which must never be! Strange's mentor is now too old to face him, so Strange travels to his domain. He faces one danger after another, each one causing Dormammu's rage to build. All the while, a mysterious girl watches Strange's progress, finally revealing herself in an attempt to warn him back to where he came from. But Strange says he must face the Dread One, and she wonders why she risked his wrath to warn the stranger. Strange confronts Dormammu, and warns him not to invade Earth. But Dormammu will not speak with "underlings," and demands The Ancient One face him. Strange tells Dormammu he cannot attack his mentor while he lives...and Dormammu accepts the challenge!

Sub-Mariner and Krang battle over New York. When Sub-Mariner loses his memory at the end of the battle the Secret Empire convinces him that they are his friends.

An alien lands on Earth with the intent of sizing up possible resistance to an invasion force. If the scout does not return within 48 hours, plans for the invasion will be called off. The scout finds the humans puny as potential warriors and is able to lift locomotives off the ground. He laughs as he thinks this will be the easiest conquest ever and heads back to his ship where he finds that it has sunk out of sight in the bog. 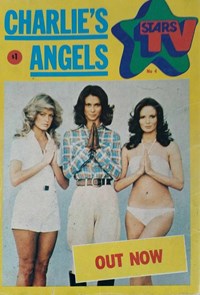