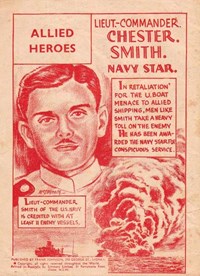 McCormack contributed to Smith’s Weekly prior to the second world war.

In 1943-45 he was official artist for the American Red Cross in Australia and New Guinea. For the Red Cross, he prepared a series of illustrations 'Aussies in Action' for Flight Lieutenant J.C. Murray, a member of the RNZAF. Some of these or similar features were subsequently published in a range of Frank Johnson publications.

In 1945 McCormack went to the USA and worked successfully as a commercial artist in New York and Chicago. He won an Art Directors Club of New York (ADC) Annual Award several times.

McCormack returned to Sydney by 1964 when he was included the Blaxland Gallery cartooning exhibition 'Fifty Years of Australian Cartooning' organised by Tony Rafty and Brodie Mack.