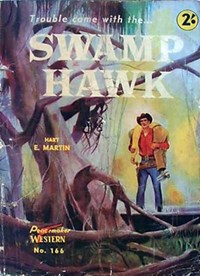 "We also did work for Cleveland Publications, where I did the Western and detective [pulp novels] colour covers, retouching by hand on zinc the four-colour artwork. We also did Frew Publications' comic book covers."

Don eventually went to work for Kenmure Press, located in the Sydney suburb of Silverwater, in 1966.

"I went through the transition to lithographic reproduction using film. We were first called litho dot etchers, then litho retouchers and combiners." 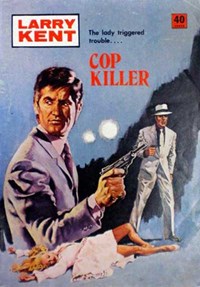 "I became the foreman there [at Kenmure], which did the KG Murray magazines and the comics, which included 'Love', 'Detective' and DC [Comics] American reprints, who supplied [KG Murray/Kenmure Press] with a line drawing of the cover [artwork].

"The line drawing referred to here would have been derived from a negative of the black printer plate (Black is one of the four colours used in the four-colour printing process; the others are cyan, magenta and yellow.) This plate would be used to create a bromide (black & white photoprint) that would allow the printer to add logos, or retouch the artwork as required.

"We would superimpose the Murray logo and we created the [four-colour printing] plates."

"In [the litho process], the colour was transposed to film by cutting sections of Ulano [a light-resistant, transparent laminate], by using a tiny swivel knife over a light table."